CIUDAD QUESADA JUST NORTH OF TORREVIEJA IS POPULAR WITH NORWEGIANS.

Here is the Norwegian school in Rojales

The history of urbanization Ciudad Quesada is not just the story of an artificial holiday town. It is also the story of one man’s unwilling desire to create his own city and to make himself and his family rich. This man is called Justo Quesada Samper, and he started it all with two empty hands.

Quesada’s favorite word language was “You Can not Lose What You Have” has enabled him to cope with the impossible time and again.

His first meeting with the authorities did not go very well. Without his country or money, he was brutally thrown out by the mayor of Torrevieja’s office when he announced his plans to build his own urbanization. Torrevieja certainly did not need a farmer to develop urbanizations for them. They had their own plans and own town planners.

But Justo Quesada did not stop doing this. He started buying plots on the outskirts of Torrevieja. He managed to buy eight hundred thousand farms from different families without having a single pesetas, only with guarantees of full settlement within three months. The price of this country was between 3 and 5 pesetas per square meter. He managed to get regulated about all this land so that it could be built and began selling it to foreign investors again.

On these transactions, Justo Quesada made tens of millions of pesetas, and he now had the money to develop the area he liked best, the area today called Ciudad Quesada. As a farmer, he had noticed that in these south-facing hills never froze the crop in the winter. This he took as a sign that the climate was particularly good here, and this was why he kept it. Now he could tell Torrevieja’s mayor that he had land and that he had the means to develop it. In addition, he had detailed plans for building and infrastructure. Mayor now gave his official support to the project.

Airport and golf course in Quesada

To make his holiday resort attractive to wealthy foreigners, Justo realized that he had to build more than just the city. He traveled to the Civil Aviation Administration in Madrid to inquire about the possibilities of building an own airport. Contributing to this meeting, he had nothing but a drawing of the area, labeled an airplane stripper. So difficult everything works in Spain so it’s obviously easy to make an airport. After some discussion about wind directions, Justo Quesada was granted permission to build his airport. The area was already investigated for this particular formula and there was nothing in the way of giving permission. The result was Real Aero Club Quesada.

The next step was to design an 18 hole golf course. This just made Justo by drawing out the layout of the sheet of paper he taped. This original drawing formed the basis of the golf course that exists today. Justo Quesada had no concepts of golf, and could not draw at all. Even having said that this drawing looked like a series of mirror eggs that were linked by sausages. 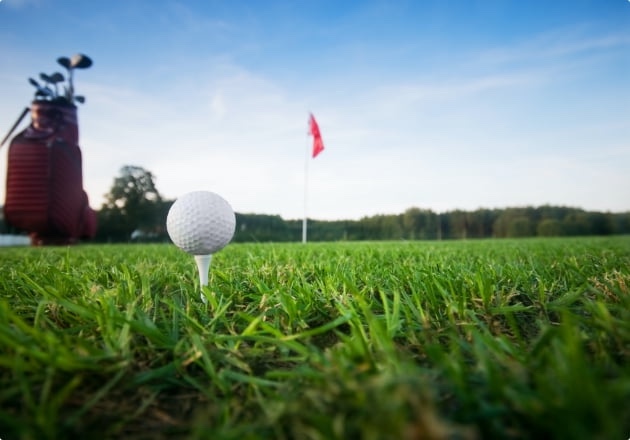 However, the biggest problem was still unresolved. They did not have water and water is a prerequisite almost regardless of what to build, whether it’s an airport, a golf course or a city. In the rocky hills, it had been drilled for oil a few years earlier Justo Quesada caught one of the experts from the drilling and asked if they had seen water when they were drilling. The answer was negative. “There is no water here, then we had seen it”. Justo got expert water drain experts, but everything was ineffective. However, he did not lose faith, and one day he saw a cart walking around at one of the wells that was there. He was dumb, but managed to convey that he thought there was water down there. With him, he had a stick that divided into two, and a small bottle of fresh water around the neck. After a lot of people and a lot of laughter from the crowd who flocked they found water just a few meters below the point they had given up to dig. The problem of water shortage was solved.

Construction start for 1500 houses in Quesada

Fair-Poor Quesada had permission to build fifteen hundred houses, signed September 26, 1973. The only thing missing was money to start the construction. He started selling membership to the golf club, and he began to sell lots of land. For each plot, the buyer had to sign one hundred debt letters each to a value of 5,000 pesetas. After two years, the buyer could withdraw from the contract and raise an interest rate of 25 percent of the amount paid. During this period two hundred plots were sold. With this money a house was built. The house was sold to an English couple who demanded the purchase after three days because there were no people in the area, but on the other hand, too many reptiles. But the first house was finished.

The small town of Quesada

Today, almost thirty years later, more than 16,000 people live in Ciudad Quesada and more than 7,000 homes are being occupied here. The once so rocky hillside is lush and green, and the urbanization appears like a small town. Within the six hundred thousand target area you will find everything you would expect to find in a city. Here are travel agencies, banks, shops, restaurants, a hotel and even a water park. Although it is no longer built especially in the actual Ciudad Quesada, second-hand sales of housing is big business for real estate agents in the area. In nearby urbanizations on the southern side of Quesada like Doña Pepa and Lo Pepin.